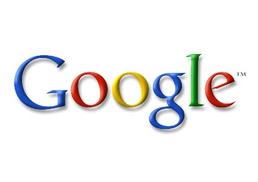 From the outside, Google looks like a big statistical analysis system that collects, organizes, summarizes and analyzes data to provide users access to information anywhere and at any time. On the inside, Google looks even more like a statistical analysis system since it is built on continuous measurement, experimentation and inference. This talk will show how Google uses well-established statistical principles, along with huge amounts of data and some new twists, to improve search and ads for users, advertisers and publishers.

Diane Lambert started her career in the Statistics Department at Carnegie Mellon University. After receiving tenure, she moved to Bell Labs where she (eventually) became head of the Statistics Research Department and a Bell Labs Fellow. Five years ago she moved to Google, where she is a Research Scientist. She is a Fellow of the American Statistical Association and Institute of Mathematical Statistics, past editor of Applications and Case Studies for the Journal of the American Statistical Association, and has served on several National Academy of Sciences panels, including one on massive data sets that began in August 2010.