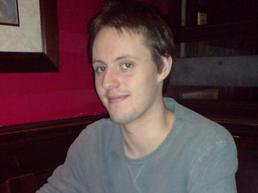 I am a PhD student at the Institute for Complex Systems Simulation.

My work is in the area of social evolution, in particular in the idea that social adaptations may be responsible for the major transitions in evolution, the processes by which new levels of biological individuals evolved. The two most visible examples of these major transitions are multicellular organisms and complex eusocial insect colonies, like ants and termites.

A common methodology for modelling social evolution is evolutionary game theory. Our research is based on the idea that a key to the major transitions is not the evolution of particular social strategies, but the evolution of adaptations that change the nature of the social environment. For example, from an evolutionary point of view the incentive structure of the same physical interaction is very different if that interaction is between kin than if it is between unrelated individuals (because kin are likely to share genes).

We are therefore working on a theory of metagames, evolutionary games in which the nature of the game coevolves with the social behaviours. 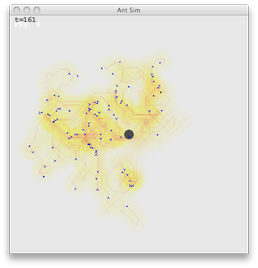 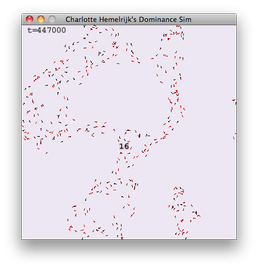 Dominance Hierarchy simulation based on the work of Charlotte Hemelrijk 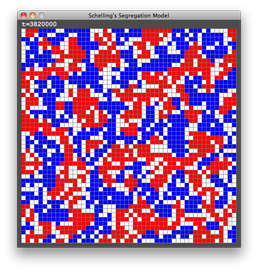 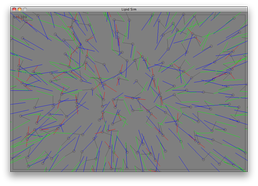 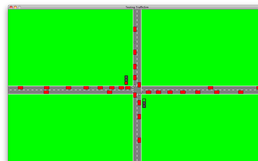 A simple simulation to investigate traffic flow as a complex system