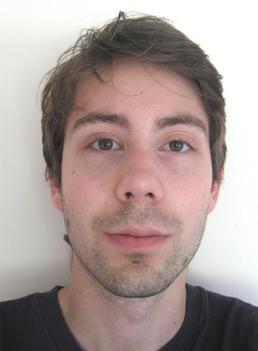 I studied Natural Sciences at the University of Bath in order to study a broad range of Science, including Biology, Chemistry, Mathematics and Environmental Science, as I believe that the ability to cross traditional disciplines of Science are key to tackling many important areas. My undergraduate degree majored in Chemistry, and included a Year in Industry working at Novartis in Computer Aided Drug Design.

Material Science and Nanotechnology are areas which have long inspired a particularly interest in me. These fields have shown remarkable advances in recent years, and they effectively combine my interests in a multi-disciplinary approach whilst also highlighting the benefits of the application of modelling & simulation. Furthermore, I believe the boundaries of these systems (e.g. phase interfaces or material surfaces) are particularly interesting areas to study due to their inherent complexity. These interests have lead me to the direction of research on a particular type of nanodevice, Field Effect Transistor Silicon Nanowire Biosensors (SiNW-FET Biosensors). SiNW-FET Biosensors have potential to be highly sensitive and affordable next-generation diagnostic devices in the field of medicine, however, their operation still remains poorly understood due to the complex electrodynamics involved at the silica/solution interface. Computer modelling and simulation will be beneficial to improving understanding of these devices and the project will requires cross-disciplinary understanding, and communication across Biology, Chemistry, Physics and Electronic Engineering communities.

I feel fortunate to be amongst the first generation of Scientists which have access to unprecedented availability of computational resources, and am happy to be in a position to utilize them to solve current problems in the scientific community. My first year within the Complex Systems Simulations Doctoral Training Center (DTC) has allowed me to gain exposure to a wide range of computational techniques and disciplines, and to learn more about how people are tackling complex problems across almost all disciplines. Furthermore, the Complex Systems DTC has allowed me to design a PhD project which spans across two faculties - the Department of Electronics and Computer Science and the Department of Chemistry. Such collaborations would have been less likely by traditional means of PhD funding.

I have obtained a First Class Honours degree from the University of Bath in Natural Sciences, with a Year in Industry working in Computer Aided Drug Design at Novartis Biomedical Institute. Following on from my studies, I was awarded a place at the Univesity of Southampton with the Complex Systems Simulation Doctoral Training Centre 4-year integrated PhD, of which I am currently undertaking. My first year involved a taught component in which I received a year of training in Simulation Techniques, Statistics and Complex Systems Simulation, and a research component in which I investigated the electrostatics at silica surfaces using Density Functional Theory (DFT) calculations.

Introducting Defects into the Ising Model