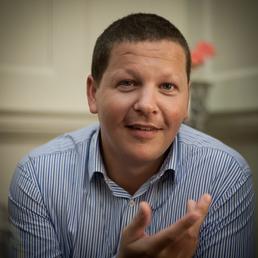 I graduated from Cambridge University in 1995 having read economics, and subsequently spent 9 years working at the Bank of England, which was at the front line of economics, finance and public policy. In 2004 I moved to a hedge fund where I worked as a macroeconomic strategist for 3 years, after which I moved in to the think-tank world, setting up a new think-tank (Synthesis) with Paul Ormerod in 2011.

In September 2013 I joined the Institute for Complex Systems Simulation as a PhD student with the aim of improving our understanding of collective action in complex social systems, work which I hope will complement my role at Synthesis.

My research interests are orientated around using complexity theory both to make sense of social systems and to help mature research in the area of collective action. By ‘collective action’ I am thinking more broadly than the literature within economics (which is largely focused around "the tragedy of the commons" within a conventional economics framing-wrapper). I am interested in how we humans act collectively in a general sense, with an interest in considering institutional emergence, public policy and political philosophy. Elinor Ostrom’s work is relevant and I am keen to pick up the gauntlet she threw down: to help develop a better understanding of collective action within a complexity framework.

The research is funded by the EPSRC.

More information on my profile on LinkedIn: uk.linkedin.com/in/gregjfisher

The Philosophy of Complexity