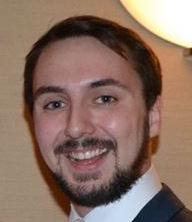 I am currently enrolled as a PGR member of the 3rd cohort of the CDT in NGCM at the Boldrewood Innovation Campus. Prior to this I had graduated with an MPhys degree in physics at Cardiff University. During my time at Cardiff I had developed a great passion for computer programming and modelling, as well as a deep interest in all things cosmology and general relativity related, however my previous projects as part of the UG course did not tie into these due to different interests at the time.

My first UG project was to investigate a method of locating all the possible bound; anti-bound; and resonant states of a potential quantum system consisting of delta function.

My second UG project was focussed on modelling and optimising the parameters of semiconductor heterostructures for potential THz operation.

Through both of these projects and other modules at Cardiff I have gained a lot of experience working with Python and aim to expand this into other languages.

I also particularly enjoy performing physics outreach roles and have previously been involved with the IOP at the annual Royal Cornwall Show, as well as representing Cardiff University at a number of events including the Big Bang Fair in London and the National Eisteddfod. I also demonstrated at events in Cardiff during both Tim Peak's launch and landing, where we demonstrated to children and adults of all ages the wonders of our universe, with a great focus on the different parts of the EM spectrum used in astrophysics.