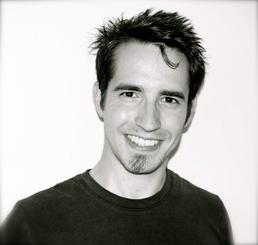 After a 5 years degree in general biology with a focus in theoretical ecology and evolution, I started a PhD program in complex systems simulations at the University of Southampton. My interests range widely: evolutionary biology, community structure, niche theory, game theory, social learning and cultural evolution.

During my first year summer project I focused my research on species coexistence models. Particularly; on the effect of ontogenetic niche shift (multiple life stages) on the proportion of competition space that leads to coexistence. This project was title "Multiple Life-History Stage Competition and its Effect on Coexistence"

Once the taught component of the DTC program was over. I moved to yet another topic; the origin and evolution of cultural evolutionary systems. I've developed a minimalistic model of cultural evolution, which allows for quick extensions and experimentation under a wide range of conditions. The model consists of a steady state genetic algorithm, where each agent is defined by two strings of bits: One for the phenotype and one for the genotype. Furthermore, each agent has a genetic switch that controls whether the phenotype will be a 1-to-1 map of the genotype or a horizontally imitated copy from a random agent in the population. Selection is incorporated by two fitness dependent functions; survival selection and reproductive selection.

I've found two fundamental processes required for the emergence of adaptive culture in an evolutionary context. Namely, high imitation error rates and strong survival selection. Results suggest that horizontal transfer of information in cultural systems requires the evolution of survival enhancing traits rather reproductive ones, due to a process of inheritance breakage caused by random imitation.

In its conception this work attempts to explain adaptive culture without invoking transmission biases or assumptions about individual learning costs or environmental fluctuations. Further extensions are being developed and will form part of a series of journal and conference publications.