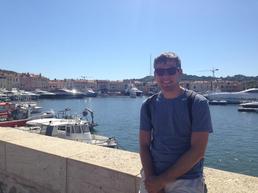 Ryan is a PhD student in the EPSRC Centre for Doctoral Training Centre for Next Generation Computational Modelling. He received his undergraduate degree in Theoretical Physics at the University of Birmingham.

His research involves the study of the magnetics of nanoscale materials, in particular those in which topological distortions in the magnetic field, skyrmions, can form. This is done by means of micromagnetic simulations. He is particularly interested in high-performance computing and algorithms for accelerating computations which otherwise require long time-scales.

He is passionate about good practice in software development, and has experience in setting up test environments for open source projects written in C, C++ and Python on services such as CircleCI and TravisCI. Ryan has contributed to a number of open source projects, which can be viewed on his GitHub profile.