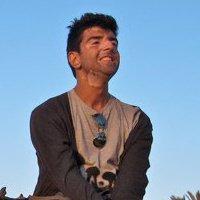 My research focuses on the role played by infrastructure and shared resources in socio-economic systems, focussing especially on the quantification of abstract notions into models that can yield light on real-world issues.

The treatment of shared resources within economics has largely been limited to the problems they pose for market delivery (Pigou 1928, Samuelson 1954, Hardin 1968, Cornes 1996) The problems of consumption are manifested as congestion in road networks and exhaustion of fisheries, these are instances of “tragedies of the commons”, in which the cumulative effect of small costs imposed by users on others leads to socially suboptimal outcomes. The problems of supply have been studied in relation to the production of public goods such as scientific knowledge and media, centred on curbing “free-riding” by non paying users.

In contrast, very little work has focused on either the benefits or functional economic role of shared resources and infrastructures (Rose 1986). If defined simply, as a shared resource whose use permits many other activities to flourish then the scope of infrastructure becomes very broad, encompassing traditional physical infrastructure (water, electricity, road systems) as well as new abstract forms (the electromagnetic spectrum, legal systems, scientific endeavour and artistic creation).

These resources often display substantial degrees of non-rivalry, therefore permitting access by a range of users for a range of uses, facilitating the creation of substantial economic gain. Furthermore this gain may be highly influenced by the mechanisms of access that are permitted to the resources in question, whether through private agreements, the rules of a commons or others (Frischmann 2005). The importance of infrastructures and shared resources looks likely to increase with increasing population density and humans capacity to build shared enterprises such as transport, trade and communication networks - and diminish once seemingly inexhaustible pollution sinks, such as the biosphere’s ability to absorb CO2.

My work will address questions around the functional role of infrastructures and shared resources, their future relevance in a world of increasing population and technology and the consequences of these findings on public policy questions around provision and access. I will also draw on ideas of shared or common resources within biology and ecosystems science. My methods will use tools from economics and complexity including mathematical and agent-based modelling.

I have worked as an economist in both the public and private sector, the main focus of my work has been in competition economics, the economics of mobile networks, modelling the economic benefits from technological change and the design of regulation: including media funding structure, electromagnetic spectrum auctions and working for the UK Government to resolve industry disputes.

Published work includes two substantial studies on the economic impact of licence-exempt/unlicensed wireless technologies (such as Wi-Fi and Bluetooth), the first was published in 2009, focussing on the US, and the second was published in 2012 and focuses more broadly on the importance of unlicensed radio technologies to the future of the internet. I also acted as the Assistant to Kip Meek, the UK Government's appointed Independent Spectrum Broker and was responsible for most of the analysis underlying the UK government's revised spectrum policy in the Digital Britain Bill, which can be found here.