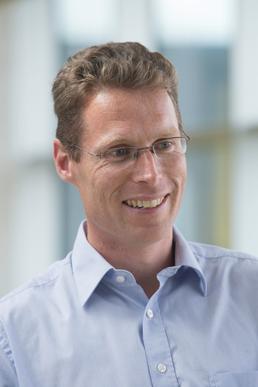 Richard Sandberg spent his ‘undergraduate’ time at the University of Stuttgart and obtained an M.S. at the University of Arizona in 1999 (thesis:’Investigation of Turbulence Models for Turbulent Boundary Layer Flows using Temporal Numerical Simulations’). Richard received a Ph.D. at the University of Arizona with Prof. Hermann Fasel in 2004 with a thesis entitled ‘Numerical Investigation of Transitional and Turbulent Supersonic Axisymmetric Wakes’. For this work, Richard was awarded a DoD HPC Challenge project: ‘High Accuracy DNS and LES of High Reynolds Number, Supersonic Base Flows and Passive Control of the Near Wake’, that grants high-priority access to Department of Defence super-computers. From 2005 to early 2007 he was a postdoctoral research fellow at the University of Southampton and worked on direct numerical simulations of trailing-edge noise with Prof. Neil Sandham. He became a lecturer of Aerospace Engineering in the Aerodynamics and Flight Mechanics Research group in 2007 and was granted a Royal Academy of Engineering/EPSRC research fellowship the same year. He was an early user of the UK national computer facility HECToR in 2007 and he spent several months at the Karlsruhe Institute for Technology in late 2008. In 2009, Richard gave lectures at the Von Karmann Institute on ‘Aerodynamic Noise from Wall-Bounded Flows’. Richard was made Professor in 2012 and sits on the EPSRC RAP. He is also part of the management committee of the CCP12: HPC in Engineering and chair of the UK Turbulence Consortium (www.turbulence.ac.uk), coordinating the work packages for compressible flows and flow visualizations and databases.