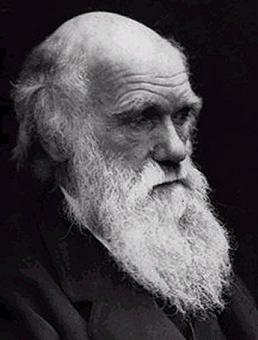 Evolution is the change of replicating entities through time due to descent with modification. This topic includes projects modelling the fundamental processes and forces that drive evolution itself, as well as projects that make use of evolutionary theory to make predictions and inferences about current organisms and biomolecules, particularly DNA and protein. This topic also covers Population Genetics. Evolution is not to be confused with morphogenesis, which can be a gradual change with time but does not involve replication.

This work aims to contribute to our understanding of the relationship between complexity and stability. By describing an abstract coupled life-environment model, we are able to employ novel analytical, and computational techniques to shed light on the properties of such a system.

Ecosystems may exhibit collective adaptive properties that arise from natural selection operating on their component species. These properties include the ability of the ecosystem to return to specific configurations of species, in a manner highly analogous to mechanisms of associative learning in neural networks.

Generation of Orthologous Proteins from High-throughput Evolutionary Relationships (GOPHER) is an orthologue prediction algorithm. This experiment aims to benchmark this algorithm.

We simulated the meso-level behaviour of lipid-like particles in a range of chemical and physical environments. Self-organised protocellular structures can be shown to emerge spontaneously in systems with random, homogeneous initial conditions. Introducing an additional 'toxic' particle species and an associated set of synthesis reactions produced a new set of ecological behaviours compared to the original model of Ono and Ikegami.

The £10million Centre for Doctoral Training was launched in November 2013 and is jointly funded by EPSRC, the University of Southampton, and its partners.

The NGCM brings together world-class simulation modelling research activities from across the University of Southampton and hosts a 4-year doctoral training programme that is the first of its kind in the UK.

Development and application of powerful methods for identifying selective sweeps

This project is about detecting regions of the genome which have experienced selective pressure. To achieve this, mathematical models will be developed and applied to human genomic data sets, as well as to those of other species.

Do the adaptive dynamics of host-parasite systems catalyse or constrain sympatric speciation?

Coevolutionary dynamics affect both parties evolutionary trajectories. When might these affect speciation? This project uses a simulation model to explore the issue.

We are mining EST libraries (sequence fragments of expressed genes) for novel proteins that might play a role in the immune response of crustaceans.

How do organism's activities affect their evolutionary trajectories? This project uses simulation techniques to evaluate the effects of this feedback.

Short Linear Motifs (SLiMs) are important in many protein-protein interactions. In previous work, we have developed a computational tool, SLiMFinder, which places the interpretation of evidence for motifs within a statistical framework with high specificity, and subsequently enhanced sensitivity through application of conservation-based sequence masking. We are now applying these tools to a comprehensive set of human protein-protein interactions in order to predict novel human SLiMs in silico.

Expressed Sequence Tag (EST) data presents a particular challenge for the identification of proteins using mass spectrometry (MS): it is often redundant (multiple copies of the same gene), consists primarily of short fragments of coding sequence, contains many sequencing errors and is generally poorly annotated. We are developing computational pipelines to maximise robust protein identifications from EST data despite these challenges.

To what extent are the alarm calls of putty-nosed monkeys likely to be a good model for human language evolution? Simulation is used to classify evolutionary trajectories as either plausible or implausible, and to put lower bounds on the cognitive complexity required to perform particular behaviours.

Brian Bonney
None, None