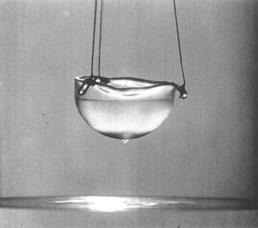 Superfluidity is a quantum-mechanical phenomenon in which a fluid is able to flow without friction or viscosity. It is realised at low temperatures and densities. They enable the macroscopic study of quantum effects including quantised vortices. Interesting examples include atomic Bose-Einstein Condensates and liquid Helium.

We numerically study the effect of spin degrees of freedom on the structure of a vortex in an atomic superfluid. Such objects are of interest as macroscopic examples of quantum phenomena, as well as for their analogies in other fields, such as cosmology and high energy physics.