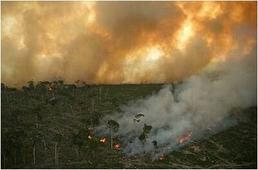 Throughout history, the establishment, development, interaction and migration of civilizations have been significantly shaped by availability of appropriate climate and natural resources. However, since the industrial revolution human societies increasingly impact and – in many cases – effectively dominate (and often diminish) capacities of the Earth System to regulate climate, biogeochemical cycles and biodiversity in ways that are essential to human life itself. This has recently raised considerable concerns relating to sustainable use and conservation of natural resources. These can be attributed to: (i) insufficient understanding of essential ecological processes acting across multiple time- and spatial scales – which can result in a disparity between those scales of ecological processes and scales of human resource use; and (ii) the fact that human behaviour is traditionally based on narrow and conflicting short-term interests and goals, resulting (inter alia) in high discount rates for future environmental costs and temporal mismatches and disruptions between ecological, social and economic processes. Human societies and their constitutive economic, legal and political institutions drive (both directly and indirectly) changes in our environment and the crucial ecological services that we depend upon. However, the linkages and feedback mechanisms are not always well defined.

Around 0.5 Billion people live in deltaic environments where they are threatened by flooding and land loss frequently. Yet, our understanding of the threats posed by land dynamic process remains limited. In this work, we try to address this issue through a land dynamic simulation of the largest and most populated of all the deltas, the GBM Delta, using the CFD software Delft3D for a range of climate change and management scenarios. The results provide new insight into the factors controlling past morphodynamics that, in turn, are helpful when assessing the possible trajectories of future evolution.

This project aims to identify useful metrics for a proposed Search-and-Rescue UAV and test it virtually in a realistic environment.

Acoustic systems have traditionally been optimised on the basis of minimising an objective acoustic measure, such as sound pressure level. The project investigates the use of subjective measures of sound quality, such as "loudness", "harshness" etc. in optimisation algorithms.

Sleeping sickness is a vector-borne, parastic disease which affects millions of people across 36 sub-Saharan African countries. Using agent-based models, we aim to gain a greater understanding of the interactions between the tsetse fly vector and both animal and human hosts.

Building an accurate representation will allow the testing of local interventation scenarios including the closing of watering holes, and the selective spraying of cattle with insecticides.

TEDx: Closing the Loop: Entropy Accounting for a Sustainable World

This is a TEDx talk that I gave on some ideas I've had about the large-scale thermodynamic organisation of life on Earth. While these ideas probably aren't new, I believe they can teach us something about the way in which we think about energy and the 'consumption' of goods and energy.

The Carpenter model is a useful and simple model to predict the eutrophication of shallow lakes via phosphorus input. This project aimed at resolving the function of the biota, which play a major role in the phosphorus dynamics, but are so far only implicitly modelled, and extending the model to explicitly represent them.