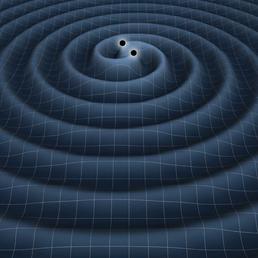 A two large objects form a binary inspiral, losing energy in the form of gravitational waves

There has been recent success in experiments, such as LIGO, in detecting the mergers of celestial objects via the gravitational waves they emit. I will use numerical methods to simulate the inspiral of a black hole/neutron star binary system.