The EPSRC Centre for Doctoral Training (CDT) in Next Generation Computational Modelling (NGCM) welcomes its first cohort of students.

Computational modelling is a critically important driver for new technology (from the Airbus 380 to MRI scans), new science (from climate change to drug design), and new policy (from infrastructure to finance). The CDT NGCM, which is led by Professor Hans Fangohr from the Computational Modelling Group at the University of Southampton, works with world-leading industrial partners to train and support 12 PhD students starting this year, and similar cohort sizes over the coming years. The NGCM’s four-year PhD programme will train students to exploit cutting edge new hardware technology and develop innovative simulation methods, which go beyond the state-of-the-art in order to address the most pressing scientific and engineering challenges of the 21st century. 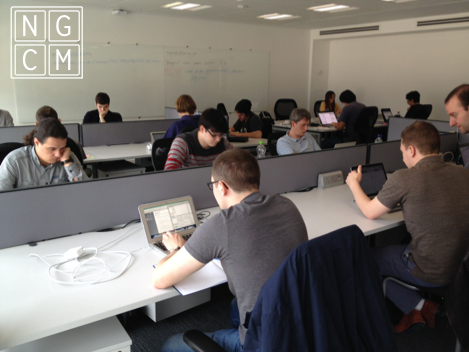 The first training activity the students have already undertaken is an intensive training course on Python for Computational Science and Engineering, delivered by Hans Fangohr and his team.

Applications for PhD studentships are invited for a start date of September 2015 from November onwards.