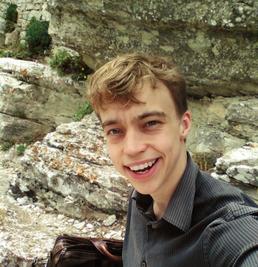 PhD topic; Studying jet-tagging techniques for the Large Hadron Collider (LHC) with a particular interest in machine learning and AI. Jets are a distinctive, firework like, particle signature often seen the hadron colliders such as the LHC. They are the result of particle production due to colour confinement and high momenta. The geometry and kinematics of these jets can be used to predict the flavour of quark that spawned them, which gives information about the interactions that occur at the collision point, where we hope to uncover new physics.

Of particular interest are 'collimated' jets; these are jets that are produced by particles that still move fast down the beam line after the collision. It is predicted that jets from a light Higgs variant would behave this way. Many models predict additional Higgs particles that are less massive than the Higgs that has been observed so far. Collimated jets are difficult to correctly identify because they have considerable overlap with each other. New tools are needed to untangle the combined jets and resolve the physics that they describe.