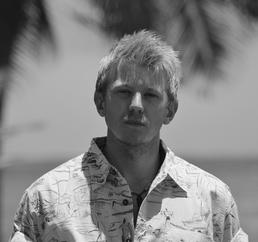 My research interests centre on the behaviour of marine animals, their movements and how they interact with anthropogenic influences. I work on providing scientific advice for the sustainable management and conservation of pelagic species such as sharks and tunas. Incorporating modern thinking on adaptive complex systems theory into my research, I aim to embrace the complexity, interactions and scale present in natural systems, rather than shying away from them under a traditional reductionist approach. In particular, I am interested in the ways in which small scale ecological behaviours, processes and dynamics can result in emergent patterns at larger scales.

My PhD research at Southampton University was based at the School of Ocean and Earth Sciences and the Institute for Complex Systems Simulation. My project examined pelagic tuna species, who inhabit the water column in open ocean and coastal areas, and travel vast distances as large aggregations in both the hunt for and flight from other species in this ecosystem. The impact on commercial, pelagic fish species from industrial fishing practices are increasingly being identified as more complex than a simple exploitation of biomass. The use of fish aggregation devices by purse-seine fleets affects both the behaviour and physiological condition of fish such as tunas, and whilst these impacts have been clearly observed in recent years, the exact nature of the processes causing them remain unknown. My research focussed on the individual-scale vertical movement behaviours of tropical tuna, using individual-based modelling and developing new classification methods to examine the inter-species and inter-individual variability of behaviour in the context of modern fishing gear interactions.

I completed my PhD thesis, "On the movement behaviours of tropical tunas in modern commercial fisheries", in 2015. My supervisors were Dr Clive Trueman (NOC), Dr Jason Noble (ICSS) and Dr Graham Pilling (SPC). 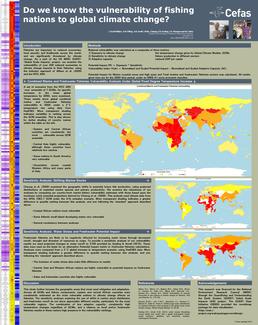 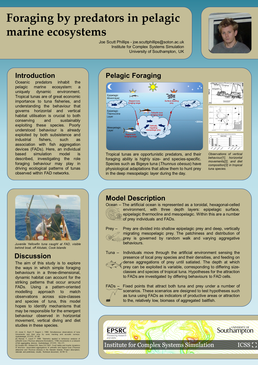