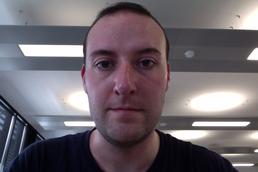 I am a Senior Research Fellow at the Faculty of Engineering and Physical Sciences, University of Southampton. I am working full-time on The Skyrmion Project, funded by the EPSRC Programme Grant.

Until December 2019, I have (co-)authored 25 publications in various peer-reviewed journals. In addition, I have given 7 invited talks, delivered 5 tutorials, (co-)authored 59 contributions, and won 3 awards at national and international conferences. I have served as a reviewer for different Nature Publishing Group (NPG), American Physical Society (APS), American Institute of Physics (AIP), Institute of Physics (IOP), IEEE, and Wiley journals. Since March 2017, I have been an Editorial Board Member for Scientific Reports, a multidisciplinary open access journal published by Springer Nature. I have participated in teaching undergraduate and postgraduate courses (Computational Science and Data Science, Python Programming, Design and Computing) as well as in supervising individual student projects at the University of Southampton and the University of Hamburg. I am an IOP and IEEE member. More details on my research output can be found on one of the following public services:

I speak Serbo-Croatian, English, and German.