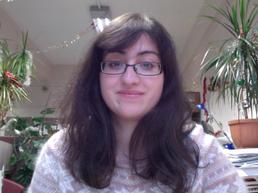 In 2006 I obtained a MEng Degree First Class in Biomedical Engineering at the Department of Bioengineering, Imperial College London, where I specialised in mechanical engineering and fluid mechanics. I continued at the Department for my PhD, working with Dr Jennifer Siggers and Professor Kim Parker and graduated in 2011.

My PhD research investigated the effects of wall compliance on flow in idealised curved arteries with the motivation that atherosclerosis, a leading cause of death in the western world, predominantly occurs in curved arteries and bifurcations. In particular, I considered the effect of compliance on the wall shear stress, steady streaming, and in-plane velocity profiles for steady, low and high frequency regimes, using the methods of regular and singular asymptotic analysis to obtain solutions to the Navier-Stokes equations.

In October 2011 I moved to the University of Southampton joining the Bioengineering Sciences Research Group and am currently working on a Defra LINK BBSRC funded project (LK09316) Targeted P, to model sustainable use of phosphate in arable farming. The use of fertilisers and phosphate in particular are heavily relied upon in crop growth. However the supply of phosphate is expected to increase in difficulty in the next 50 years as reserves decrease significantly. Working with Dr Tiina Roose (Bioengineering Sciences), James Heppell (Institute for Complex Systems Simulations), and Dr Kostas Zygalakis (OCCAM, Oxford University), it is our aim to mathematically and computationally model the uptake and distribution of phosphate in plants (particularly in wheat) in order to optimise its use. We also collaborate with experimentalists from the Universities of Southampton, Bangor, and Newcastle-upon-Tyne.