PyGBe: an electrostatics solver for biophysics using Python and GPUs 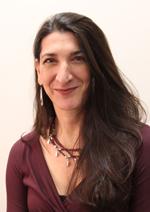 Most biophysical problems are governed by electrostatics, particularly proteins interacting with each other and with nanoscale devices. The best-known computational method in this field is molecular dynamics (MD). But when we are interested in equilibrium answers, or when the system under study is relatively large, the computational expense of MD is impractical. PyGBe is an electrostatics solver using a semi-continuum model expressed via boundary integral equations. To appeal to potential users in the field of biophysics, the code is written in Python, and to offer practical runtimes, it uses a fast algorithm and GPUs for the most intensive parts. We apply our training in computational fluid dynamics in the methodical study of convergence and code verification—studies that are hard to come by in the fields that combine computing and biology.

For the interactions between proteins, we compared PyGBe with an accepted finite-difference code and find the accuracy and performance advantages. For the interactions between proteins and charged surfaces, we also had to derive a new analytical solution to a model problem so that we could study accuracy and convergence. With this, we are moving closer to our goal of developing a modeling tool to help in the design of biosensors (mostly done by trial-and-error, to this day). In all our work, we aim to publish reproducibly, share code and data openly, and develop an impeccable reputation for open science.

Lorena A. Barba has a PhD in Aeronautics from the California Institute of Technology and BSc/PEng degrees in mechanical engineering from Universidad Técnica Federico Santa María, Chile. She is currently an Associate Professor of Mechanical and Aerospace Engineering at the George Washington University in Washington, DC.

Prof. Barba has previously lived in England and Chile (where she grew up) and has several years of experience in higher education. She is an advocate of open-source software for science and open educational resources, and shares her courseware on iTunesU and You Tube. She is also interested in education technology, social learning and the recent spread of massively open online courses, as well as innovations in STEM education, including flipped classrooms and other forms of blended learning.