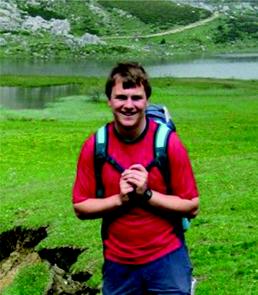 Chris is a postgraduate researcher in the School of Geography at the University of Southampton working under the supervision of Prof. Steve Darby and Dr. Julian Leyland. His research is focussing on the impact of sea-level rise and climate change on the evolution of coastal gullies (incised channels which downcut through cliff faces). The work is specifically focused on a series of coastal gullies found along the South West coast of the Isle of Wight, locally known as Chines.

This project will utilise and expand upon existing Landscape Evolution Models (LEMs), for example the Cellular Automata Evolutionary Slope and River model (CAESAR) and the Channel-Hillslope Integrated Landscape Development model (CHILD). The coastal nature of the project will require the development of a coastal cliff retreat model which will be incorporated into the existing LEM.

Future climate scenarios of precipitation and wave climates derived from Regional Climate Models for the South West coast of the Isle of Wight will be downscaled to a fine spatial resolution (~1km square) and will be used as inputs for the models climate data.

By utilising the University of Southampton's IRIDIS computer cluster it is hoped that Monte Carlo analysis of the model outputs will be carried out to provide useful bounds on the uncertainties inherent within the model framework.