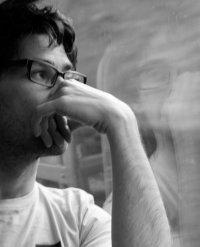 I am currently enrolled as a postgraduate research student as part of the Institute for Complex Systems Simulation.

My research interests are mostly related to Cognitive Science, Artificial Life and General Artificial Intelligence. From an evolutionary point of view, the emergence of human cognition is a problematic subject because there are no evidences that humans were exposed to qualitatively different ecological niches than other primates. In spite of, it is clear that, at some point in our evolutionary history, some conditions gave rise to the development of a set of very sophisticated adaptations. Furthermore, it seems that those changes center on the social dimension, hence cooperation and language should be corner stones of the evolutionary process. Sharing knowledge through cultural transmission is one of the greatest achievements in nature since it increases the adaptability of humanity by orders of magnitude.

As a PhD student, my goals are to find which are those niches and build computational models to be able to study and maybe reproduce some aspects of those initial conditions that, in the end, gave rise to the last of the Major Evolutionary Transitions.