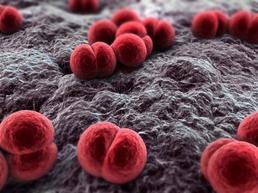 The genus Neisseria are of great biological and clinical importance in infection, worldwide. Many of these species exist as harmless members of the commensal flora. One such species, Neisseria lactamica is the most genetically similar to the pathogen, Neisseria meningitidis. We undertook controlled intranasal infection of 10 human volunteers with N.lactamica strain Y92-1009. The isolates were cultured from the throat swabs from 6 positive individuals at multiple sampling times over 4 weeks. The clinical isolates were genome sequenced and comparative genomics were applied to determine genome variation over time. Sixty genomes were analysed with reference to the day zero inoculum strain and a variety of highly sensitive bioinformatics analysis tools to map any occurring recombination events and SNPs over a 52 day period. Bioinformatics tools used include Breseq, the BWA-Samtools pipeline, gubbins, clonal origin, RDP4 beta and ClonalframeML amongst others. The results demonstrate consistent variation and recombination which may direct our groups scientific enquiries in the future and develop a greater understanding of the relationship dynamics of these two neisserial species.