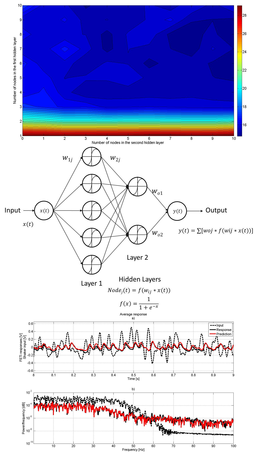 Locomotion is the act of moving from place to place. It includes walking, running, jumping, crawling, swimming and flying. It is vital for survival. It is used to find food and mate, to avoid predators... To understand how a movement is performed all parts involved should be known and described. During movement, each leg and their segments operate together in a coordinated fashion to produce a movement. The optimal position of each leg segment in an individual increases their stability and mobility. Understanding such intersegmental coordination is a key requirement to describe the complex behaviour performed by the limbs. Intersegmental responses are known to exist in many arthropods, including locusts, stick insects, cockroaches and the New Zealand Weta and it is also present in crustaceans such as lobster and crayfish. In locust, tarsal position is vital to provide stability and flexibility to the movement. It has been observed that as the tibia flexes the tarsus is elevated, and vice versa. The aim of the current project is to develop and apply experimental and mathematical methods to describe, measure and model the locust hind leg tarsal intersegmental reflex. Mathematical models of biological systems are useful for testing hypothesis, trying to understand fully how the system functions, to study its dynamics and for implementation in engineering or medical applications. Artificial Neural Networks (ANNs) have been widely used for their ability to deal with non-linear systems, adaptability to varying degrees of complexity and their generalisation abilities. A metaheuristic algorithm has been proposed to designed an ANN optimal for modelling the tarsal responses, in a compromise between the higher accuracy and the lower complexity (including both size and computational time), and with the extra condition that needs to generalise to other inputs and to any individual response. The algorithm is a population algorithm that aims to test an high number of possible networks until the optimal one has been found. For this heavy computational process the Iridis supercomputer is used. Preliminary results are encouraging and have allowed new insights to movement control. Such insights in movement control are key elements in the design of prostheses/orthoses and other medical treatments, as well as in bio-inspired robotics and engineering control systems.