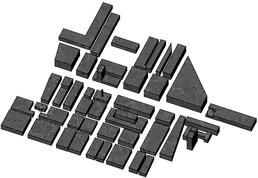 The two major CFD products of CD-Adapco: Star-CD and Star-CCM+ are used in U Southampton for research and teaching purposes.

It is of great importance to estimate an emission flux (due to leaking from an oil tank) from near field wake, which requires a better understanding of vortex shedding from the tank, in particularly in how the low frequency motion behaves. Large-eddy simulation approaches embedded in up-to-date CFD package will be used for this purpose. This project has a strong link with Concawe and U Surrey.

An area of research currently of interest in the marine industry is the effect of damage on ship structures. Research into the behaviour of damaged ships began in the mid nineties as a result of Ro-Ro disasters (e.g. Estonia in 1994). Due to the way the Estonia sank early research mainly focused on transient behaviour immediately after the damage takes place, the prediction of capsize, and of large lateral motions. Further research efforts, headed by the UK MoD, began following an incident where HMS Nottingham ran aground tearing a 50m hole from bow to bridge, flooding five compartments and almost causing the ship to sink just off Lord Howe Island in 2002. This project intends to answer the following questions:
“For a given amount of underwater damage (e.g. collision or torpedo/mine hit), what will be the progressive damage spread if the ship travels at ‘x’ knots? OR for a given amount of underwater damage, what is the maximum speed at which the ship can travel without causing additional damage?”

Stents are tubular type scaffolds that are deployed (using an inflatable balloon on a catheter), most commonly to recover the shape of narrowed (diseased) arterial segments. Despite the widespread clinical use of stents in cardiovascular intervention, the presence of such devices can cause adverse responses leading to fatality or to the need for further treatment. The most common unwanted responses of inflammation are in-stent restenosis and thrombosis. Such adverse biological responses in a stented artery are influenced by many factors, including the design of the stent. This project aims at using multi-objective optimisation techniques to find an optimum family of coronary stents which are more resistant to the processes of in-stent restenosis (IR) and stent thrombosis (ST).

This presearch concentrates on the modelling of compartment flooding rates following the occurrence of damage in a ship's side shell. Typical state of the art flooding models use Torricelli’s formula to calculate flooding rates using a constant co-efficient of discharge (Cd). Based on Bernoulli’s theorem, turbulence and viscosity effects are not included using a Cd independent of damage shape or size. Previous work indicates that this assumption over-simplifies the problem to an extent where the flooding rates used for calculation are in error. This project will use CFD validated by experiment to calculate flooding rates for a large number of cases from which a 'krigged' response surface will be generated. Validity of the subsequent response surface will be interrogated.

Daisuke Sasaki
None, None