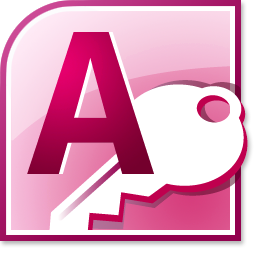 The turbulent flow around a circular cylinder is a widely studied problem in fluid dynamics. At a certain characteristic Reynolds numbers the development of a turbulent wake occurs simultaneously with separation of the laminar boundary layer. The mechanisms defining this critical flow state are very complex to predict computationally. In this project the suitability of novel non-linear eddy viscosity closures and a hybrid Flow Simulation Methodology formulation to face these massively separated flows is studied. The flow predicting capabilities of the baseline EASM, ?-?-EASM and FSM-?-?-EASM tested are contrasted with the industrial renowned k-?-SST turbulence model. In the visualisation of the results it is evident that the ?-?-EASM has greater flexibility estimating the components of the Reynolds stresses with respect to the baseline EASM and the k-?-SST. Although dome differences are observed, the prediction of the critical flow around a cylinder is not accurately achieved by any of these RANS models, but the FSM-?-?-EASM shows great resemblance with the validation data, demonstrating capabilities of resolving very complex flow phenomena with minimum user input if the computational grid is fine enough. In order to demonstrate even greater advantages of non-linear models it was postulated that the addition of a streamwise impinging vortex hitting the leading edge of the cylinder would make the flow field fully three-dimensional. First attempts were tried in this route but time constraints limited the ultimate scope of the present work.

Investigating the broad molecular, cellular and systems level impacts of acute and chronic ethanol in the nematode, Caenorhabditis elegans, as a model.

The multidrug and toxic compound extrusion (MATE) transporters extrude a wide variety of substrates out of both mammalian and bacterial cells via the electrochemical gradient of protons and cations across the membrane. Multiple atomistic simulation are performed on a MATE transporter, NorM from Neisseria gonorrheae (NorM_NG) and NorM from Vibrio cholera (NorM_VC). These simulations have allowed us to identify the nature of the drug-protein/ion-protein interactions, and secondly determine how these interactions contribute to the conformational rearrangements of the protein.

This project has as main purpose to investigate through spatial analysis and computational modelling the variables and factors that influenced how humans traveled during prehistoric times.
One of the principal objectives will be to clarify the role that certain landscape elements (i.e megalithic monuments) played in terrestrial navigation and territorial definition.

This project is supported by CONACYT (Mexico) as a doctoral research by Patricia Murrieta-Flores under the supervision of Dr. David Wheatley (University of Southampton) and Dr. Leonardo Garcia Sanjuan (University of Seville, Spain). It also counts with the collaboration of Dr. Dimitrij Mlekuz (Gent University, Belgium).

Stephen Green
None, None

Thomas Piggot
None, None