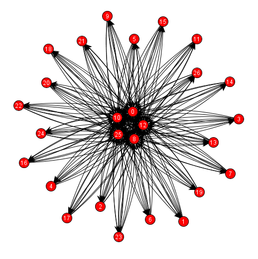 We extend the model of spatial social network formation of Johnson and Gilles (Review of Economic Design, 2000, 5, 273-299) by situating each economic agent within one of a set of discrete spatial locations and allowing agents to maximise the utility that they gain from their direct and indirect social contacts by relocating in addition to forming or breaking social links. This enables the exploration of scenarios in which agents are able to alter the distance between themselves and other agents at some cost. Agents in this model might represent countries, firms or individuals, with the distance between a pair of agents representing geographical, social or individual differences, and the network of social relationships characterising some form of self-organised persistent interaction such as trade agreements or friendship patterns. By varying the distance-dependent costs of relocation and maintaining social relationships we are able to identify conditions that promote the formation of spatial organisations and network configurations that are pairwise stable and efficient. We also examine the associated patterns in individual and aggregate agent behaviour. We find that both relative location and the order in which an agent is allowed to act can drastically affect individual utility. These traits are found to be robust to random perturbations.