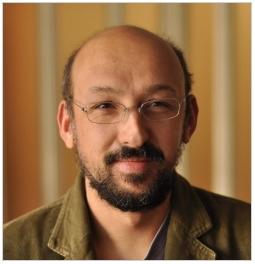 In October 2005 I joined the University of Southampton, and helped to found the Science and Engineering of Natural Systems (SENSe) research group within the School of Electronics and Computer Science (ECS). In 2009 I became head of the SENSe group, and also became Director of Southampton's Institute for Complex Systems Simulation (ICSS).

In 2010 I became co-director of the University Strategic Research Group in Complexity in Real World Contexts (USRG Complexity), for which I run a Complex Systems Simulation Seminar Series (CS^4). In 2011 I was promoted to Professor of Computer Science and helped found the Agents, Interaction and Complexity (AIC) research group.

My principal research interest is evolutionary simulation modelling: the application of evolutionary modelling techniques developed within artificial intelligence (e.g., genetic algorithms) to problems within evolutionary biology (e.g., the evolution of communication). I am also interested in self-organisation and adaptation in engineered systems, such as computational ecosystems, and the potential for the modelling techniques that I use to be applied to problems from many other disciplines, e.g., linguistics, economics, psychology, geography, anthropology, etc.

Some of my additional research interests include:

My publications are available here.

Head of Science and Engineering of Natural Systems group

Bayesian Agents as Models for the Disclosure Behaviour of Pregnant Drinkers

Is the decline in East African lesser flamingo population a natural concequence of soda ake dynamics?

Testing an interaction game on relationships.

Towards design patterns for robot swarms

Understanding the Role of Recruitment in Robot Foraging