Chris-Kriton Skylaris obtained a First Class honours degree in Chemistry at the University of Athens in Greece in 1996. He was awarded his PhD in Quantum Chemistry at the University of Cambridge under the supervision of Professor Nicholas C. Handy in 1999. His thesis work involved the development of electronic structure methods for heavy element compounds and was funded by a CASE studentship supported by British Nuclear Fuels plc. Following an EU ICARUS Fellowship at the CINECA supercomputing centre in Bologna in Italy developing code for parallel computers, he carried out from 1999 till 2004 postdoctoral research with Professor Mike Payne in the Theory of Condensed Matter Group of the Cavendish Laboratory at the University of Cambridge. During this period he developed theory for large-scale first principles quantum mechanical simulations for materials and was the main architect of the ONETEP program for parallel computers on which this theory was implemented. The first version of ONETEP was immediately adopted by Accelrys Inc. as the flagship product in their Nanotechnology Consortium. Chris set from the outset modern software engineering principles for ONETEP (such as modular code structure, version control, quality control test set, rules for writing code) which allowed it to grow into a collaborative development project which currently involves tens of academics. In October 2004 he was awarded a Royal Society University Research Fellowship at the Physical and Theoretical Chemistry Laboratory of the University of Oxford. In June 2006 he was appointed to a Lectureship in Chemistry at the University of Southampton.

Chris is a member of the Theoretical Chemistry group of the Royal Society of Chemistry, the CCP9 working group of the Institute of Physics, the UK Computational Chemistry Working party and the management committee of the UK Car-Parrinello Consortium. He is a founding and active author of the ONETEP program for linear-scaling density functional theory calculations, which is commercially available through Accelrys Inc. He was the principal organiser of the workshop on "Linear-scaling ab initio calculations: applications and future directions" which was held at CECAM (Centre Européen de Calcul Atomique et Moléculaire) in Lyon, France, between 3 and 6 September 2007.

Can we calculate the pKa of new drugs, based on their structure alone?

Development of wide-ranging functionality in ONETEP 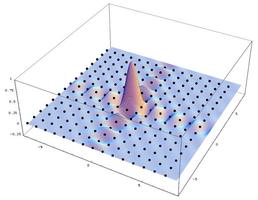 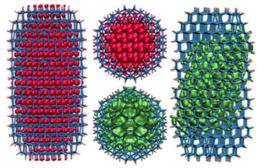 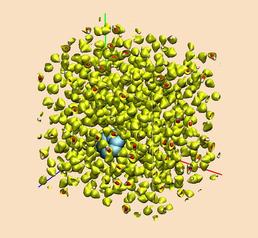